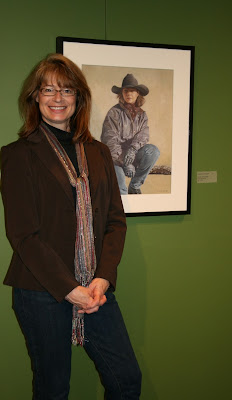 My piece, "Canadian Cowgirl", in the 2010 Statewide Fine Arts Competition .

The Ella Sharp Museum in Jackson, Michigan, is currently exhibiting the 2010 Statewide Fine Arts Competition from January 16 to March 20, 2010.  The museum hosted a very well attended artists' reception on opening day, during which James Freeman's piece, "520 Cups: Here's Looking at You!", was awarded Best In Show.  This and some of James's other work can be seen at http://www.flickr.com/photos/jamesfreemanstudio/  or at http://www.jamesfreemanstudio.com/ .

The sixty pieces by Michigan artists were chosen by exhibition juror, Richard Rubenfeld.  Mr. Rubenfeld did an exceptional job developing a cohesive yet diverse exhibit, which adequately balanced subject-matter and  technique, as well as both abstract and realism.

If you happen to be in the area - or simply are experiencing a little cabin fever - the exhibit is well worth a look. 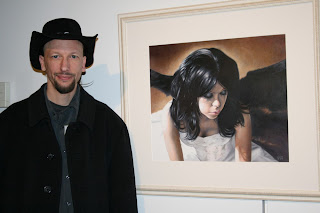 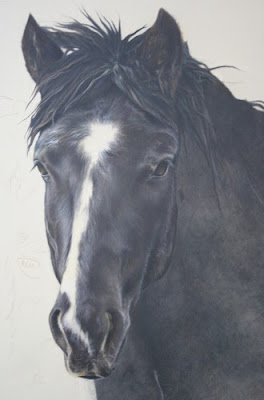 I've recently resumed work on my drawing depicting a pair of wild horses.  Slowly but surely the fine detail layers are coming together, and I have next to move down the remainder of the mane, and across the neck and chest.  I'm anxious to complete the dark horse and move on to the one to the left, a beige-toned grey whose head is buried into the side of the dark horse's neck.  I will be working to complete another bird image for an upcoming show at the Hudson Gallery in Sylvania, Ohio, so will be alternating between the two pieces over the next few weeks. 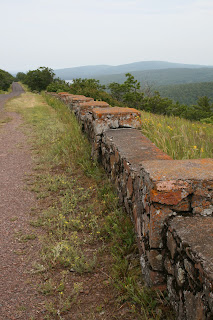 "It is never too late to be what you might have been".  - George Eliot

I'm usually not one to make New Year's resolutions.  Regardless of the time of year, if I feel compelled to make a major change I simply do it.  When I decided I wanted to become a runner in my late thirties, I just started running.  Many years ago when I decided to quit smoking cigarettes, I quit three days later.  Just as simply however, if I don't really want to do something I seem practically incapable of doing it.  There are times in life though, and for me the arrival of the New Year this year seems to have provided one of several triggers, when factors converge and really cause one to.............take pause, so to speak.

Many years ago when fresh out of high school I attended a college commercial art program.  Though I did not realize it at the time, it was not my forte' (and those of you who knew me then would probably say that regardless of the curriculum it would have........er............interfered with my 'social life'.)  Following that I completely diverted, and absolutely enjoyed a lengthy career in social work -- however over a twenty-five year period I may have completed only three drawings.

Okay: what is my point?  Possibly that concerning my art, I became lost -- I abandoned it, ignored it, basically did nothing with it except take the ability for granted, and hadn't the foggiest notion of what I wanted to do with it.  Over the past four years I am slowly regaining, or possibly gaining for the first time in my life, a sense of who I am as an artist as well as who I want to be.  With this comes increased knowledge of what I need to do to get there.  I have longed to have a clearer understanding of what my own 'artistic voice' is, and have felt frustrated at times that this insight seemed to elude me.  That too, seems to be getting clearer.  Others have tried at times to tell me who and what I should be as an artist -- but this never really works, does it?? -- though I have learned just as much from my poor artistic decisions as my wise ones!

I have suffered from lack of focus, and have allowed other issues in my life to impact my work and my output.  I have allowed emotional and tangible distractions to put my art somewhere wayyyy down on the list of priorities.  In striving to find my artistic voice, I have tried techniques and subject matter that were more.........convenient.  I mean lets face it: this is southern Michigan.  There isn't exactly a cowboy standing on every street corner!  Yet that is what I feel drawn to portray -- images of western people and increasingly, horses.  I think some of you will 'get it' when I say that there are ways in which I have not been courageous, thus allowing my life to become small.  From this point on, I choose to strive not to do that.

2010 is certain to bring some major changes to my life.  For one, my son will be off to college.  For another, in all liklihood I will be returning to social work on a part-time or full-time basis -- a fact that will effect my art to some degree.  However I look forward to these and other changes, though some will be certain to bring growing pains of sorts.  I am up for them..........I just have this feeling that 2010 is going to be a good year.

And if you have made it through this reflective dessertation, congratulations and thankyou!

(The photograph at the top of the post was taken on Brockway Mountain on the Keweenaw Peninsula, of Michigan's upper peninsula.)

Posted by Lynda Schumacher at 10:37 AM 8 comments: