"Quest for the West": Road trip to Indianapolis 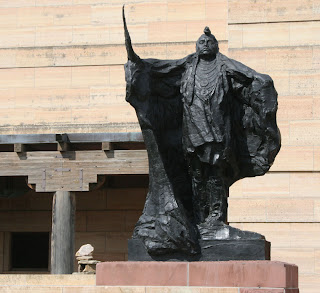 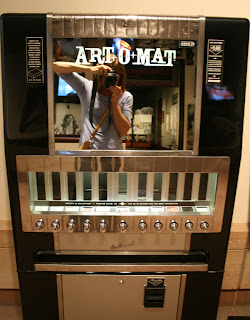 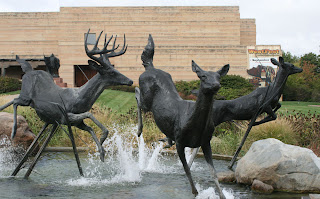 Over this past weekend I visited the Eiteljorg Museum of American Indians and Western Art in downtown Indianapolis, Indiana. The Eiteljorg is the type of gem rarely found east of the Mississippi River, and is currently host to the fourth annual Quest for the West Art Show and Sale.
Quest for the West features still lifes, portraiture, landscapes, wildlife, and narratives that focus on the culture of the American West. Though much of my own work is similarly themed, I have not had opportunities up to this point to see original works by some of today's top western artists. Living near the overlap of the rust belt and the corn belt one is, shall we say, western-deprived. I was absolutely thrilled to see original works by artists such as David Mann, John Buxton, Robert Griffing, John Fawcett, Roseta Santiago, and Daniel Smith, to name but a few.
However, it was while I slowly perused one of the museum's regular collections that I came upon what I found to be absolutely awe-inspiring: Howard Terpning's "Blessing From the Medicine Man". I consider myself to be fairly familiar with Terpning as an artist -- I have seen his work in books and magazines many times, and in our home we have several of his limited edition prints. Despite this, I was not prepared for how powerful his work is in person. I believe it is safe to say that I began to make the security guard a bit nervous, as evidenced by his repeated strolls back-and-forth behind me as I stood with my nose about fifteen inches from the surface of the painting while taking copious notes on a small piece of paper. I was bound-and-determined to discern what specific colors Terpning uses in his amazing skin tones. (I don't know if I figured it out exactly, but it sure gave me tremendous joy to try!)
My description of the Eiteljorg excursion would not be complete without mention of the Art-o-mat -- a retired cigarette machine which vends original pieces of art for a mere five-spot! I came upon this bit of intrigue while wandering the museum's second floor. The Art-o-mat was originally developed by artist Clark Whittington in 1997, and there are now 82 of them in various locations around the United States. One can even become an Art-o-mat artist: just follow the above link to find out how. (Please pay no attention to the photographer in the mirrored front of the Art-o-mat above!)
So in sum, the Eiteljorg Museum is a great way to spend an afternoon for those with an interest in western or Native American Art. If any readers have been there or visit in the future, I'd love to hear your impressions.
Posted by Lynda Schumacher at 10:22 PM